Gove: "Matthew is a champion of the Jewish community" 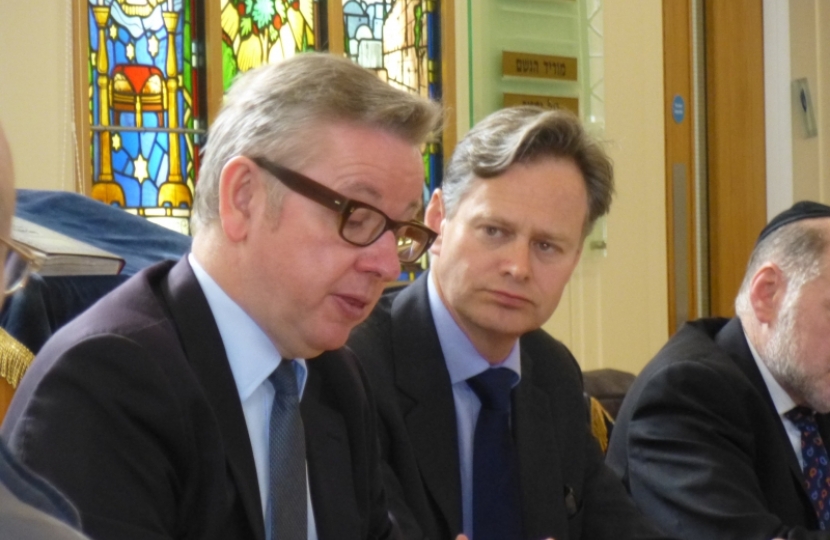 Matthew was pleased to bring Michael Gove to meet members of the Jewish community at Edgware Adath Yisroel Synagogue.

Matthew and Michael are well-known for their support for the Jewish community. Matthew’s first question in the House of Commons after being elected as MP was to ask Michael Gove, then Secretary of State for Education, that the Government fund additional security at Jewish schools which had been refused by Labour. Mr Gove responded by committing £2m per year to help pay for extra security. Mathew has since successfully lobbied the Government to continue this funding as well as an additional £11m for security at private Jewish schools, synagogues and other community buildings.

Matthew also pressed Michael Gove over Government proposals to exclude Modern and Biblical Hebrew from a prescribed list of modern foreign languages which must be taught at Key Stage 2. Matthew led a delegation from the local community to see the Education Minister and successfully persuaded Michael Gove that there should not be a prescribed list.

Matthew commented: “Having worked closely with Michael on a number of occasions on behalf of the Jewish community, it was a pleasure to bring him to meet some of the people I have been representing.”