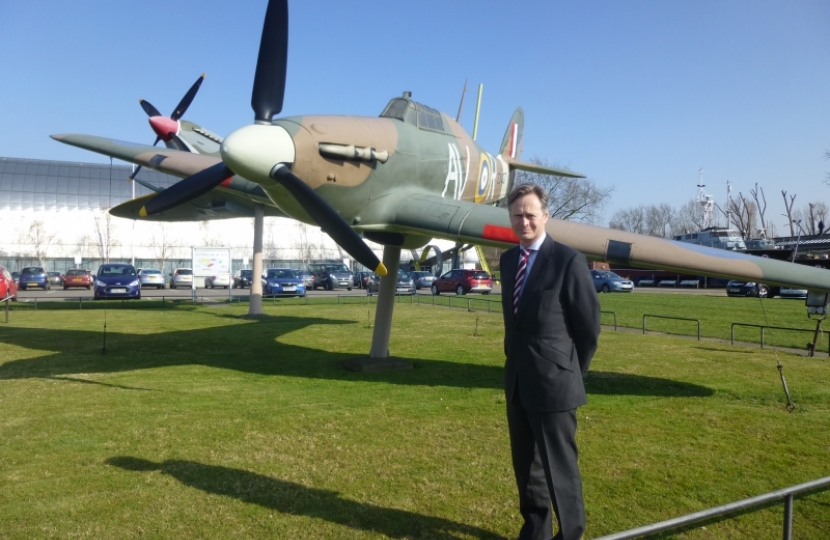 Matthew warmly welcomed the announcement this week by the Chancellor of the Exchequer that financial penalties levied on banks involved in the LIBOR lending rate-fixing scandal will benefit the RAF Museum in Colindale. In the last Budget before the General Election, George Osborne said the government will help renovate the RAF Museum in Hendon.

The announcement came after Matthew held discussions with the new Chief Executive of the RAF Museum, Maggie Appleton, at the end of February. During these talks Ms Appleton outlined the plans of the Museum to commemorate the centenary of the Royal Air Force in 2018 and asked Matthew what assistance he could provide in securing support from the Treasury.

Chancellor of the Exchequer George Osborne said: “The RAF Museum in Hendon (North West London) is a great cause that Matthew Offord has campaigned strongly in support of. I’m delighted that they will get millions of pounds in LIBOR fines – a fitting way to mark the extraordinary contribution the RAF has made and continues to make in service to our country.”

Chief Executive of the RAF Museum Maggie Appleton said “The Museum’s Centenary Project is incredibly important as it commemorates 100 years of the Royal Air Force. The story we tell reflects the bravery, ingenuity and dedication of our people. It is a story that belongs to every one of us. We are therefore very grateful for the support and acknowledgement we received today. We are a happy museum!”