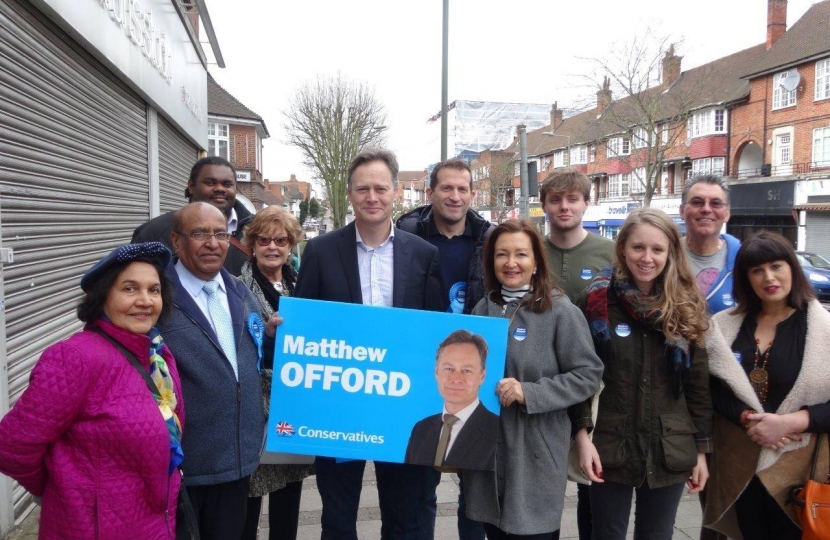 We’ve had many local residents who supported the Conservative Party at the General Election sign up for membership following the election result (an increase in Matthew Offord's majority from 106 votes to 3724 votes) and we hope you will do the same. Membership gives many benefits, from being able to have your say in the direction of your local Conservative Party, to being invited to social events attended by local Members of Parliament. Without the ideas, thoughts and views of local residents, we would not be able to run effective campaigns such as the one we ran at the General Election and we want you to be a part of your local Conservative Party so that together we can continue to succeed at elections in the Hendon Constituency – we’ve got really important elections next year with the London Mayor and Greater London Assembly elections – be a part of a winning team and a great group of people – join your local Conservatives today!

We look forward to meeting you soon!