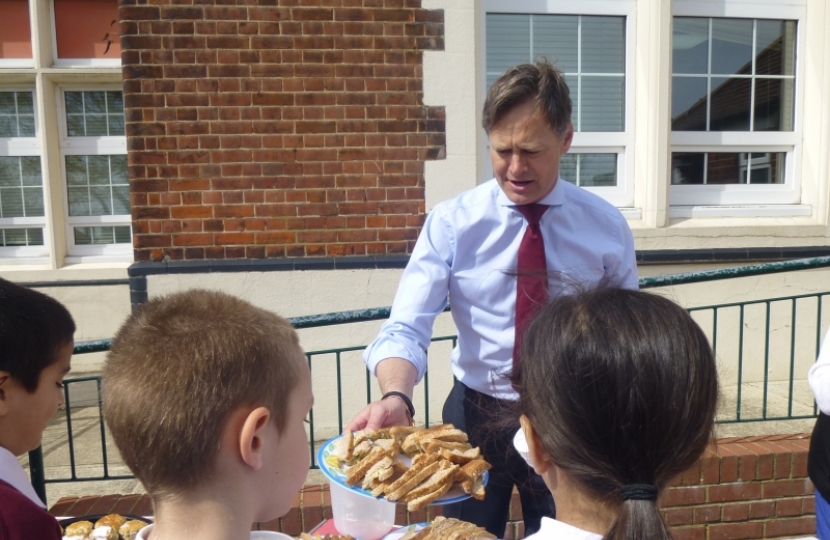 Matthew took time out of the election campaign this week to speak to Year 4 pupils at Edgware Primary School about 'British Values.'

Many children at the school are from families born overseas and they had invited Matthew to speak about British values and his role as an MP during their lesson on the subject. Quizzing Matthew on a range of subjects the children asked about the economy, policing, education, the environment and the NHS.

The pupils then held what they thought was a particular British event - a tea party - where they ate cucumber sandwiches, scones with jam and cream and ice cream.

Matthew said: "It's very important for everyone to recognise what we share in society and I was pleased to visit the school and talk about justice, fairness and respect. Many of the children were interested in the forthcoming general election and will be holding their own election next week.

"In my election campaign, rather than speaking to one section of society or a narrow community group, I am promoting the issues we all share - working to rebuild the economy, providing a good education for our children, keeping our communities safe, ensuring we have the resources to provide the NHS we all want and supporting those who work hard and want to get on in life."