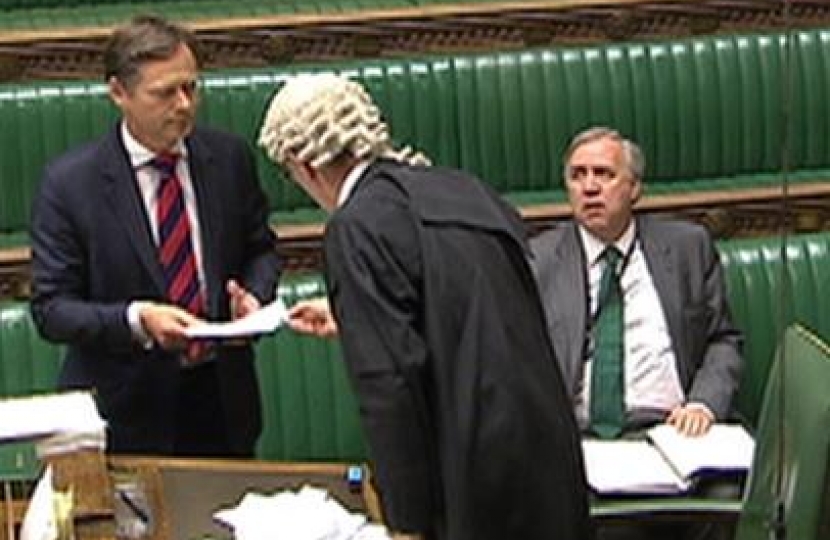 Following the inaugural meeting of the Broadfields Estate Residents’ Association meeting in April, Hendon MP Matthew Offord has presented a Petition on the floor of the House of Commons on behalf of the residents’ group. The Association was established as a result of a proposal to relocate a through-form entry school on the estate, even though the area already has three other schools nearby.

Speaking to the Petition Matthew told the House of Commons that his constituents felt that land sited between Hartland Drive and Broadfields Primary School could not accommodate 1680 pupils; that sports pitches would be placed on the Green Belt; and as the estate is serviced by two roads onto the A41 an increase in traffic would be unsustainable. Drawing attention to the concerns of his constituents, Matthew also highlighted a petition submitted to Barnet Council which contained 1002 signatures in opposition to the proposals.

Matthew said “While the Government knows I am a strong supporter of Free Schools the proposal to site the Avanti House School at this location is not viable. The two other schools on the estate already produce congestion at morning and leaving times and an increase in cars would make life intolerable for local residents. I am pressing both the Education Secretary, Michael Gove, and Barnet Council to consider alternative locations such as the Barnet College site in Colindale which will become available when the College moves.”