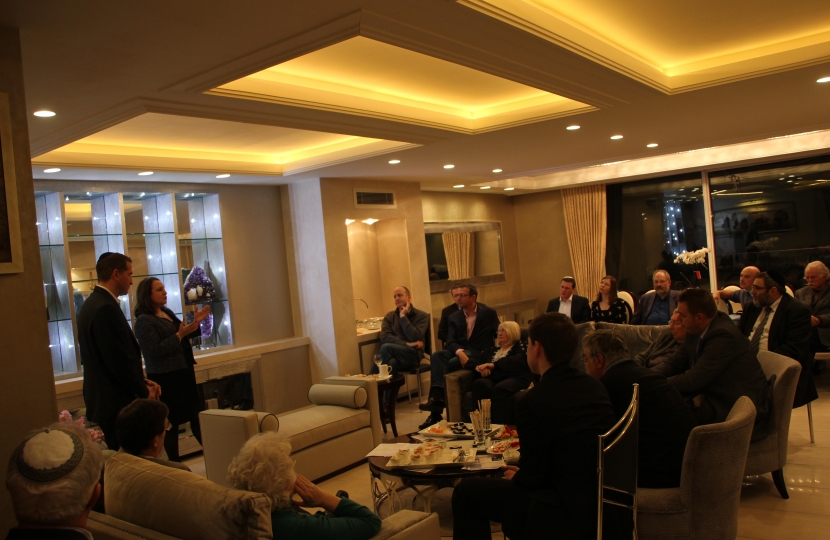 Marina Yannakoudakis, one of London's three MEPs, came to Hendon last week to speak to residents about the future of the EU.

With the question of how much power the EU should hold over Britain and a potential referendum should the Conservative win office in 2015, Marina Yannakoudakis came to Hendon to speak to residents about the future of the EU and the many things that she'd been doing in the European Parliament for residents of London.

Marina spoke on many issues from kosher food labelling to the economy of the EU with residents, however, some of the recent issues that Marina has been campainging on are:

- Calling for the European Parliament to scrap the Strasbourg seat and save £165 million a year in the process.

- Sponsored a resolution on violence against women in India following a brutal gang rape and murder on a bus in Dehli.

- Taken her "save our sugar" campaign to the EU competition commissioner to help protect jobs in East London.

The Association is always pleased to host Marina in the constituency and she was indeed hosted in the wonderful venue of the home of Hendon Ward Councillor Mark Shooter.

The Association hopes to see Marina continue her good work in the EU for the residents of London and Hendon and wishes her the best of luck in her endeavours.

Above: MEP Marina Yannakoudakis talking to residents in Hendon about the future of the EU.

To keep up to date with our events, see our 'events' page, or, should you wish, drop us an email on office@hendonconservatives.org and ask to be signed up to our events mailing list.