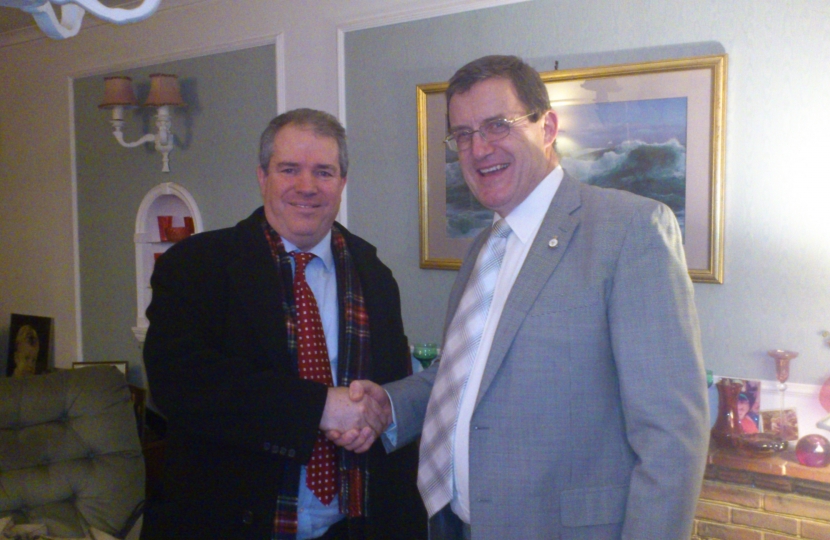 The evening saw Charles give a speech on all things European, including his thoughts on the expansion of the EU to countries such as Croatia and Turkey and also his insights into the Eurozone and what the future looks like for nations using the Euro as their currency.

Charles' talk brought many questions to his audience's mind's and a Q & A session was held for those who attended to ask Charles some specific questions on the EU and the Eurozone, with Charles fielding questions of varying issues and topics from the enlargement of the EU to questions on specific countries' fate's within the European Union.

Cheese and wine was provided after the debates on the EU had finished and many who attended left feeling not only that they'd had an enjoyable evening but also an informative one.

Charles was a pleasure to host and the Association hope to bring him back to Hendon to talk again soon.

If you wish to attend an event hosted by the Hendon Conservative Association, or any one of our branches, please visit the 'Events' section of our website to see upcoming events.