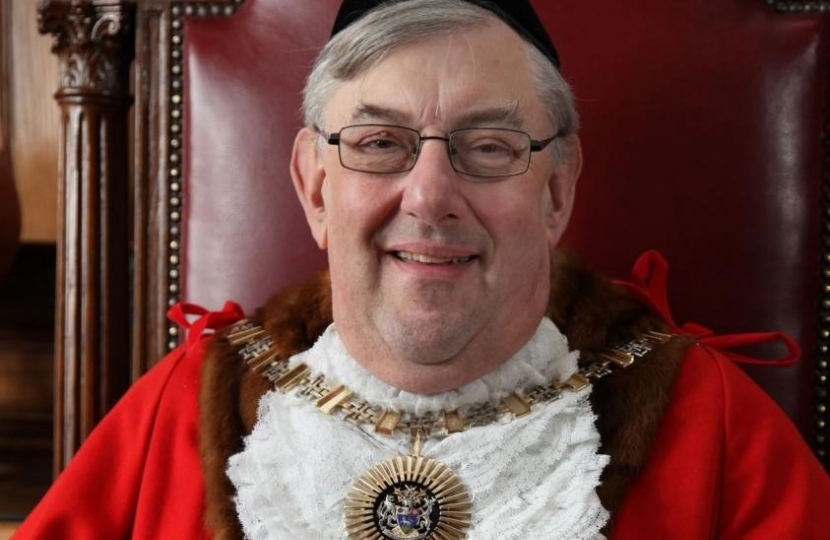 Cllr Alison Cornelius, The Worshipful the Mayor of Barnet, has led the tributes paid to Cllr Anthony Finn, Councillor for the Hendon Ward and former Mayor of Barnet, who passed away yesterday aged 75.

Cllr Finn had represented the Hendon Ward since being elected in 1990. He served as Deputy Leader of the Council from 2002 to 2005 and was elected Barnet’s 46th Mayor in 2010.

Recently, Cllr Finn served as the Chairman of Budget and Performance Overview and Scrutiny Committee and Audit Committee.

Cllr Cornelius said: “Tony will be remembered as an extremely diligent councillor who served his residents for over 30 years.

“I will always think of him as having a wonderful sense of humour and a unique ability to scrutinise a set of council Committee Agenda Papers and to be aware of even the tiniest detail. We will all greatly miss his dedication and expertise.

“I am sure that all Barnet councillors, whatever political party we represent, will join me in sending condolences to his wife, Anita, his family and friends.”

Cllr Dan Thomas, Leader of Barnet Council, said: “I was very sorry to hear of the death of Cllr Tony Finn and pass on my condolences to his family.

“Tony was a committed councillor, and above all a good man. I always appreciated Tony’s counsel; he was a man who truly cared about improving the lives of all of those both in the Hendon ward he represented for over 30 years, and across the whole borough. Unsurprisingly, Tony was an outstanding mayor in the 2010/11 municipal year, and an excellent committee member, chairman and cabinet member.

“Outside of the council, Tony had an accomplished career as a Chartered Accountant and was a well-respected and active member of his synagogue – Hendon Adass - and the wider Orthodox Jewish community. Tony will be missed by all those who knew him, may his memory be a blessing.”

Cllr Anthony Finn BSc (Econ) FCA was educated at Hasmonean Grammar School, Gateshead Talmudical College and the London School of Economics where he gained a degree. He became a Chartered Accountant and a senior partner in a West Hampstead firm.

During his Mayoral year, Cllr Finn supported two charities, Noah’s Ark Children’s Hospice, a local vibrant charity providing practical support to life-limited children and their families, and Camp Simcha, a Hendon based charity aimed at improving the quality of life for children with cancer and other life-threatening illnesses.

He is survived by his wife Anita and son Zalmi.