John Hart first served as a Mill Hill councillor 1982-94 and was re-elected in 2006. He is fluent in Spanish and French. His varied career includes journalism, an Army commission (served in Suez conflict 1956 as interpreter-liaison officer to the French forces); Officer Commanding RASC Services, Christmas Island, during the megaton nuclear bomb tests 1957-58. Polytechnic lecturer in Spanish and French 1972-84. Founder-chairman of the Association of Polytechnic Teachers 1972-74 during maximum Marxist union power and hostility.

Personal interests include gardening, arboriculture, literature, languages, archaeology and prehistoric cave art. He has published a novel, “Mammoth Boy”, interpreting life in the last Ice Age, available on Amazon and Kindle, and completed a second novel, “More Chalk than Cheese”, on contemporary life.

John, a widower, was married 55 years to Irene. There were no children. 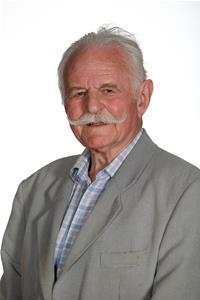