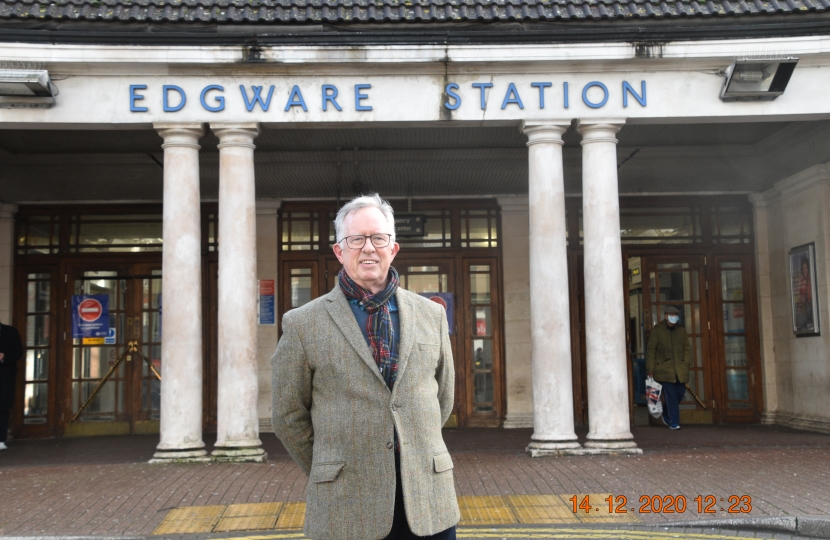 Nick Mearing-Smith, who lives in Edgware, has been selected to be the Conservative Party candidate to stand in Edgware ward following the death of long-time Cllr Brian Gordon last year.

Cllr Dan Thomas, Leader of the Council and the Conservative Group of Barnet Council announced the selection of Nick, saying

“Nick is a hardworking, local campaigner who cares deeply about Edgware and local residents.  He brings a wealth of experience as a former senior business leader and will be an asset to our Edgware Conservative team. I look forward to working with Nick in the months and years ahead, particularly on the important job of rejuvenating Edgware town centre.”

Upon being selected, Nick said “I am honoured to have been selected by Hendon Conservatives to stand as the Conservative candidate for Edgware in the forthcoming by-election. Before I moved to London for career reasons, I lived in Bristol, where I was a city councillor. I have now been a resident of Edgware for several years and hope to be able to use this previous experience as a councillor, together with my local knowledge, to serve the people of Edgware”.

The election for the Edgware ward is scheduled to take place on the 6th May, alongside the London Mayoral elections.

Our Plan for a Stronger Economy

Read about how our plan is tackling inflation and helping you with the cost of living.