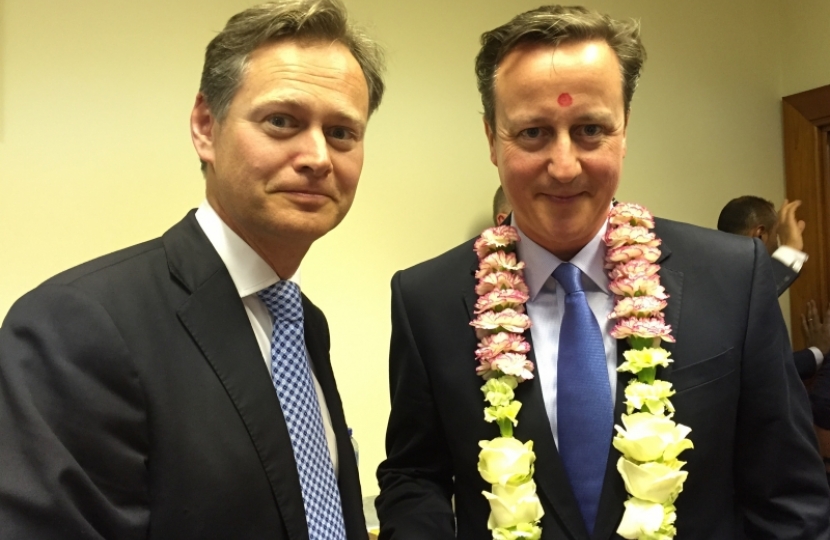 In one of the election campaign's final visits, Prime Minister David Cameron spoke to over a thousand people at the BAPS Shri Swaminarayan Mandir in Neasden. He was accompanied by Matthew who - like the Prime Minister - is a regular visitor to the temple.

In a strong speech ahead of polling day on Thursday, the Prime Minister echoed the values of Dharma and said that duty, conduct, virtue and 'the right way of living' are values shared by the Conservative Party. This accompanies our shared belief in personal responsibility, family and hard work as the cornerstone of a successful life.

The Mandir will celebrate the twentieth anniversary of its construction this August. Built of 3,000 tonnes of Bulgarian limestone, 1,200 tonnes of Italian Carara marble and 900 tonnes of Indian Ambaji marble 1,500 skilled artisans in India carved 26,300 pieces which were transported and constructed on site in two and a half years.

Matthew said: "It was great that the PM chose to visit the Mandir and brought such a strong message with him. Many people in the community have told me that they admire the strength of the Prime Minister and several Hendon constituents had the opportunity to meet him."