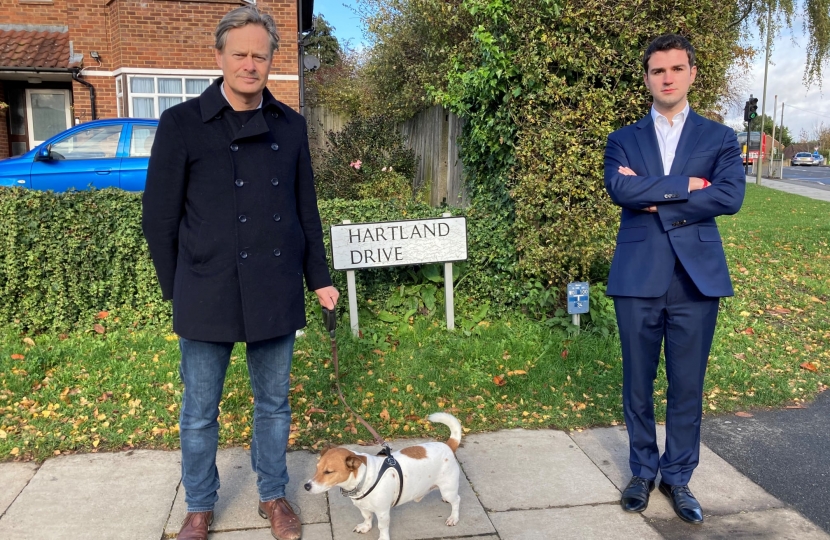 'Overdevelopment is one of the biggest threats Barnet is facing. I will continue to fight against inappropriate and oversized blocks of flats which developers are trying to cram onto small plots of land all across the borough. I stand with Matthew and local residents in Edgware opposing plans for 5-storey blocks next to Broadfields School and the Green Belt and have written to Barnet Council to object.'

'I am supporting residents on the Broadfields estate, Edgware, in their opposition to the new planning application for the land adjacent to Broadfields School. I believe it constitutes overdevelopment for a site of this size and location.

I have written formally to Barnet Council opposing the proposals for the following reasons: increase in unit numbers and height; inappropriateness of 5-storey blocks on the edge of Green Belt land; even greater increase in traffic on already congested roads; insufficient parking; loss of underground parking which was in the previous application; pedestrian access to and from Hartland Drive which will encourage use of neighbouring roads for parking and possible anti-social behaviour.

A development of this size is not appropriate for this site.'