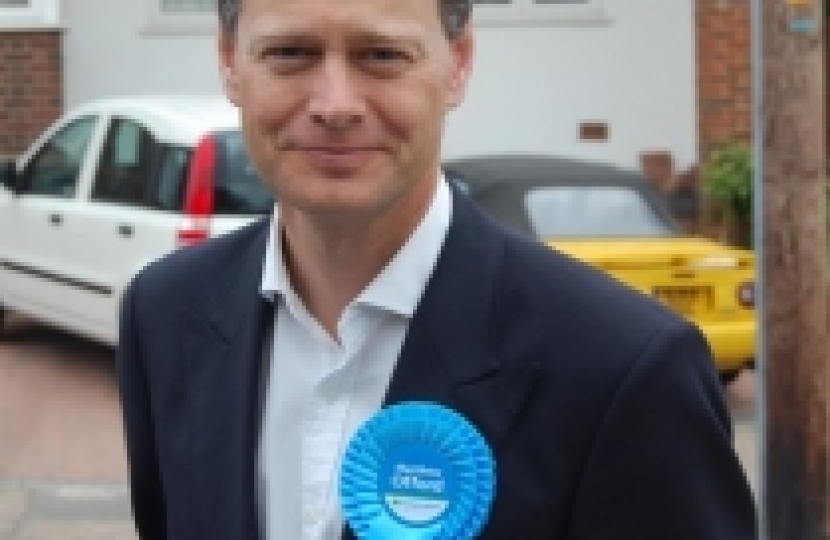 Matthew said: “Public disillusionment with the EU is at an all-time high. My constituents tell me that it is heading in a direction they never signed up to. The result is that democratic consent for the EU in Britain is now “wafer thin”. A question mark therefore exists over our membership and ignoring it will not make it go away – that is why I am pleased the PM has made this statement.

In October 2011 I voted against the Government and supported a motion calling for a referendum on Britain’s membership of the EU. It would not be correct, however, to brand me as anti-European. Ihave made it clear that Iwant the Government to negotiate a fresh settlement with the EU that recognises the authority of national parliaments. The best way to achieve this would be in a new Treaty that makes the changes needed to resolve the crisis in the Eurozone, while at the same time protecting the interests of those outside the Eurozone, and driving forward reform for all.

The new settlement should focus on competitiveness, fairness, respect for national democracies and should allow powers to flow back to Member States.

The next Conservative Manifesto in 2015 must commit us to negotiating a new settlement in the next Parliament. We will then hold an in-out referendum – stay in the EU on these new terms; or come out. If the new settlement is not in Britain’s interest, I will vote to come out.”

Above: Matthew Offord, Conservative MP for Hendon constituency. To contact Matthew email him on: matthew.offord.mp@parliament.uk.