Mark trained as an Actuary having graduated at City University in Actuarial Science, before a career in Investment Banking in London and Chicago, and then became Chief Investment Officer of several fund management companies.

Mark Currently is a director of several Commercial Property companies

Mark was elected to Barnet Council Hendon Ward in 2010 after receiving a mail shot promoting the idea of being a Councillor. Mark was an active campaigner in the election of Matthew Offord to Hendon Constituency, and hosted a number of senior Members of Parliament that visited the Constituency during the last ten years of General and Local Elections.

In 2012 Mark became chairman of Barnet Council Pension Fund, and in 2015 - 2016 was elected the Mayor of Barnet, and became Chairman of the Conservative Council Group until 2017. Mark was Governor of St Mary’s and St Josephs school in Hendon, previously sat on the board of the Arts Depot and the North London Waste Authority, and is a board member of the London Pensions Collective Investment Vehicle.

The attached map shows the new boundary and polling stations for Hendon ward. 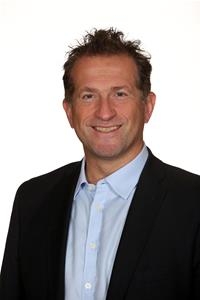